Sometimes you look out into the sky at night and all you see is dark space. 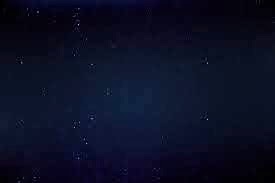 Then you look a little more closely to find that dark space contains some points. 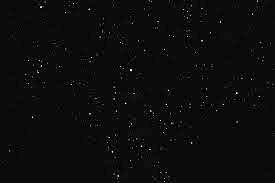 As you look further, with the sharpened edge of your imagination you are able to connect those points to capture shapes and forms. 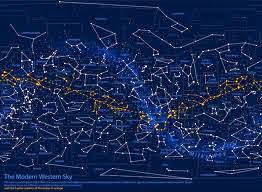 In Geometry there is the concept that ‘unity creates by dividing itself….that an infinite formlessness lends to an endless interconnected array of forms.’*  That its not necessarily 1+1 that creates 2, that there are two separate entities that come together.  But rather one divides itself to become two, like a living cell divides itself to create another living cell.
So that you may be a yoga student, but you are also a son or daughter, a brother or sister, a husband or wife, a mother or father, an employer or an employee.  The one divides itself to assume many forms.  In asana, you are a straight line in Tadasana; with the movement of one limb, the straight line divides itself to create perhaps two lines; a third movement creates three or four lines.
Bringing awareness to all the ways in which we divide ourselves enables us to find ourselves again – to find our way back to one – to find the absolute Unity within multiplicity & diversity – the Unmanifest in the manifest.
After Thought –
Through movement in Yoga Asana we experience the many angles at which we connect and divide ourselves.  Then with the stillness of Meditation and Shavasana (Relaxation/Corpse Pose), comes not only the cessation of movement, but also a break from the illusion of division – that experience of things coming back together inside of us.  This is one of the reasons Meditation and Shavasana are an indispensable part of the experience of Yoga & Yoga Asana.