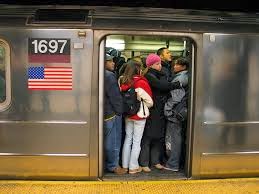 And it was one of those classic experiences on the Express train, where somehow it felt like the Express train was running in pace with or even slower at times than the Local.  In moments when the trains were running parallel to each other, I would look across at the passengers sitting comfortably on the Local train while I stood cramped on the Express.  Feeling myself get restless, I asked myself, “Wait, so then what is the difference between the Local and the Express, if the Express doesn’t go faster?” 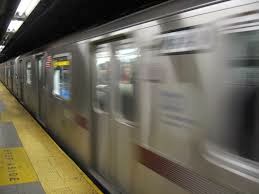 Even in the practice of yoga, its not so much physical strength that gets us into a difficult posture towards the middle or end of class.  But more so that there isn’t a stop start quality to our practice; rather a sustained focus of breath & intention.  When our attention doesn’t make stops along the way during our practice to think about work, dinner, or emails, then all challenges are more easily met.

This sustained effort in our attention is perhaps what makes all things possible, in all our relationships on and off the yoga mat.